Shame is a very powerful emotion that can destroy someone from inside, and keep him/her spiritually stunted for the rest of his/her life. One of the ministries I enjoy doing is working with people with addictions and homeless people. Both the first reading and the Gospel of today reminds me of the first time I spoke with a homeless man in Johannesburg. It took him a while and a lot of courage to tell me that he chose to be homeless than returning to the wife and children. He hides during the day, and came out at night. He felt that he was a failure, and that he does not deserve the love, forgiveness or mercy of both the wife and the children. So for him, living on the streets became his way of dealing with shame.

I have heard so many people say “I am so ashamed of myself”. Parents say to their children, “I am ashamed of you” or “I will never forgive you”. Children tell their parents the same thing sometimes. Even the church still talks about “ex-communication” as a way of saying some sins are too grievous that forgiveness and reconciliation is not possible.

In all these ways, we worsen the shame of people who are already battling with a lot of shame and self-condemnation.  The topic of shame is a strong one in both the first reading and the Gospel of today. Mary C. Lamia, a column writer in psychology today talks about shame as “A self-conscious emotion.”

This emotion makes us feel internally dirty, inadequate, unworthy, dishonorable, regrettable, and disconnected. Shame is a clear signal that our positive feelings have been interrupted or even taken away from us; it is like poison that corrodes our ego and dignity. Handling shame is not an easy thing. Most of the time, we run and hide, like Adam and Eve in Eden or the homeless man whom I spoke with. We may do other things like attacking others (verbally or even physically), which often serves as disowning the shame deeply rooted in us. In order to escape shame’s self-diminishing effects, we express contempt toward another person, or shaming them, thereby re-locating our own shame in the other.

Shame could make us become so negatively critical and judgmental of others. Most people stop going to Church or serving in their Christian communities because they are so ashamed of whatever mistake they have made or because of what people may say to them or how people will look at them. We may even find ourselves confessing all over again, as many times as we get the chance, the same sin, for which we have been forgiven, and for which we have done penance.

Most often, the person living with shame thinks that everyone already knew what a shameful thing they did. But in the Book of Joshua today Yahweh said  “Today I have removed from you the shame of Egypt” (Josh. 5: 9). This God has also removed the shame of every mistake we have made. But your shame may remain with you because of how you understand who God is.

God has been described with various adjectives but our knowledge of who God is, should be progressive and not static. God has all the beautiful adjectives we use in describing Him, but He is greater than whatever adjective we may use to qualify Him. Among all the descriptions Jesus made of God, the passage on the Prodigal Son speaks more to me. It took Israelites (The People of God) about 40 years in the desert before they finally got to the land promised to them, and we, the New People of God, are passing through the desert (Lent) for our forty days of the process of renewal, transformation and discovery of new opportunities.

Lent is a quest to discover the God as Jesus Christ taught us and showed us. It is time to come out of our shame and shyness in order to encounter the God who delights in building bridges and mending fences. In the Book of Genesis, God was presented as establisher of very tempting rule “Do not eat the fruit from the tree. Any day you do, you shall die”. This was after creating humans in His image and likeness. The consequence for breaking the law is mortal and generational.

The Fall (Gen. 3) points at one thing, that as far as human beings are concerned, there is difference between choice and decision. We may choose good as our fundamental choice, but at the point of delivering the good we chose, we may be pressurized to take decision that goes against our own choice. Through Moses, the prophets and Judges, God showed how much He wanted to reconstruct the bridge between Him and the human beings, which was destroyed by the decision made by first human beings at the critical moment.  Each time though, God shows that He does not wait for sinners to be led back to Him. He rather comes looking for us.

In the Gospel today, I underline four actions of the father of the prodigal child that are captivating to me. First, He allowed the adolescent son to take his own decisions and make his own mistakes. Secondly, when the young man returned to the father’s house/religious community/to the husband or wife, after been absent/separation from the home for more than a year, the father’s reaction was to be overwhelmingly joyful and grateful that the “lost child” came back alive. He expressed this in his action of running towards the son in order to cover the rest of the space between them; and their came his gentle and warm embrace and some kisses.  The third is that He organized a banquet to celebrate the return of the son. The fourth captivating action is that he tried to get his older son in the loop. But his own shame was worse than that of his younger brother. He rather blamed his father for his self-pity while he already handed his brother over to Satan.

The difference between Jesus and the Pharisees is that Jesus thinks of a person and looks at a person holistically. This means that no one is totally bad for Jesus. Besides, he sees the good in everyone. The Pharisees on the contrary are like the warder in the prison that sees no persons in the inmate but numbers. The Pharisees think of a person, and looks at people from pole-to-pole point of view: you are either totally good or entirely bad. Instead of being real custodians of the law, their lives became compromised by the law, and they made themselves slaves to the rules.

The older son of this loving and compassionate father has the pharisaic mentality. No wonder Jesus would refer to the Pharisees and the elders of the people as “blind guides” (Mt. 15: 14) The Pharisees are self-proclaimed ministers responsible for taking people back to God or assigning them a place in hell fire. Unfortunately they got lost on the way. Hence what Jesus says that “The blind cannot be leading the blind” (Lk. 6: 39) became true.

The world is in so much trouble, and human lives are more miserable in spite of all the efforts we make to establish peace and to construct our own happiness. There is too much hatred and promotion of violence and vengeance in our world. This, in part, is because we so much want to be powerful and scary than we want to be persuasive and appealing. We see power in confrontation rather than in walking away from a fight. We see power in naked force that forces its way by destruction and annihilation more than we see it in dialogue, forgiveness and taking the first step towards peacemaking and reconciliation. Our egos are too heavy even for us that carry them. We really lack the courage to love, and we are so afraid to be known. But we cannot achieve peace by counting the wrong done against us, and secretly hatching plans for vengeance. We cannot build a better world by harboring grudges against the same persons, people, races and nations we need their collaboration.

God himself sets the example of the first step towards repairing, reconciliation and reconstruction of broken relationship. The first reading today points out a very important step, and that is to remove the shame that keeps us hidden in our own mess and darkness. Our shame was placed on Jesus’ shoulders in form of a cross, the insults, the beating and nakedness.

God wants us to become new creatures in Jesus Christ the Lord. Let us then return to our true homes; let us go back to the loving father who is waiting for us at the gate in order to welcomes us back with warm and loving embrace. Today is a very nice day to remember the song that says “I am trading my sorrows; I am trading my shame. I’m layin’em down for the joy of the Lord” by Darrell Evans.

We should trade our sorrows and the shame that keep us enslaved and make us ill for the joy that come only from God. We should never let anyone shame us, and should never again shame ourselves out of the loving embrace of God even when we falter. Do not shame anyone. Plenty blessings! 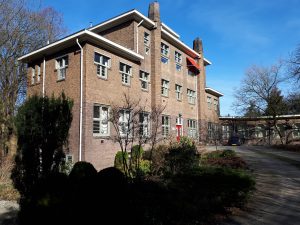